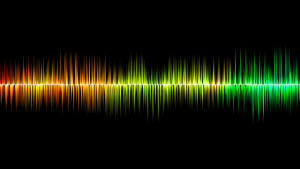 Like many of us, I watched Trump, as he made his way to the presidency, with growing anxiety.  The more I watched the more I shook and then realized that his behavior was targeting my heart in a deeply personal way.  It was so similar to what I experienced so many years ago, when a man, not unlike Trump, came after me with terrible false accusations.  When I was being investigated, no one seemed interested in the truth.  After all, here was a powerful white man pointing the finger at a motorcycle-jacket-wearing, self-proclaimed revolutionary feminist.  Who was telling the truth?

My accuser twisted the truth, as did the investigators, in the same way that Trump does.  Trump tells the same lie so often, that he begins to normalize what he is saying.  “Obama is not a citizen.” “I love women.”  His supporters say he tells it like it is.  What it is, is evil at work.

He’s been called a bully, but that trivializes the terrible harm he has done and is doing.  He lies to silence the truth.  The truth is that he is a dangerous sociopath who will do anything to keep the sights off of who and what he truly is.

I lost a lot as I fought to prove my innocence and keep my life together.  The thing that took me the longest to recover was my voice.

As I was writing The Accusation, I had slips of paper up on my white board to help me keep going as I opened up about what happened to me.  I’m looking at them now.  One says, “The number one job of evil is to silence the truth.”  Another says, “To silence the truth, they make you invisible, they shut you up, they blame you for their terrorizing.”

I’m not going to shut up.